More under the cut. Its rather unconvenient to manually focus very wide-angle lens, but my simple D40 does not work with AF lens, likely will upgrade its body…

No computers and filesystems, only so called lytdybr. I hide it under the cut since there are photos and a lot of text there.

First, climbing. I continue to train, although the last month it was not very regular. There was a fair number of other tasks to perform. I plan to start it doing regulary again, and expect in a couple of weeks to reach a good level. Its the time when my new shoes will fit the feet.

I had some plans to change living conditions, but then decided to drop this idea for a while. So I had some spare money, sold healthy part of the liver, and bought myself another level of freedom.

I do enjoy it and abilities it gave me. The main one is to move to whatever place I want. That’s where I made those 2000 kilometers. 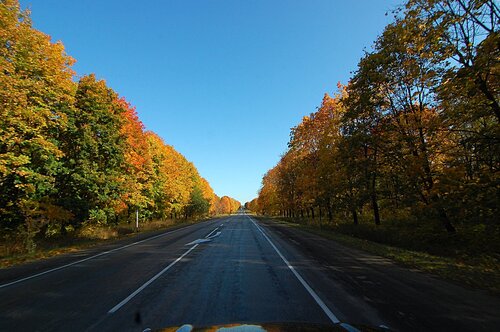 I also started to play my trumpet with the teacher. I do it quite for a while already (having a car allows to move to any place for study, and it is not that simple task to find a trumpet teacher in Moscow). I have a serious progress on that, although ‘training’ technique is rather simple. My main achievement for the month I think is very clear and sharp attack for all sounds within first and half of the second octaves. I started to play music and not those ugly legato fluff.
Teacher says that I have a very good progress, but that may be because I pay him money :) But even collegues who seriously play and improvise complex jazz confirm that things had noticebly improved.

I like how it goes and do expect more in my trumpet mastering. There are plans to also start playing piano with teacher, since my skills are rather at zero level.

I also seems to finish kitchen development. At least I hope so. There is no kitchen yet, but I installed sound proofing and the door. It did not help noticebly though. 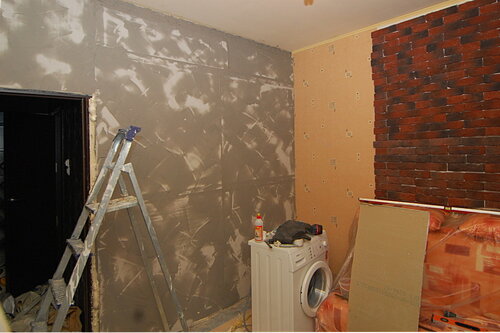 Inspired by the “Devil’s Advocate” movie.

I improved that wall since then and made more rigid contrast on the shapes of the lines, I will make a photo eventually, although I plan to install kitchen there, which will cover most of the wall though. Still plans to have kitchen, how naive… 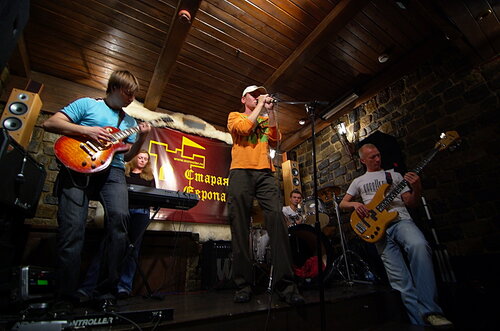 I think eventually I will play not bad to make and show own music, like with office band, maybe we will play couple of melodies soon. Main problem is my rhytm and sound quality, or actually its absence :)

To develop musical earing and study music and jazz theory I bought fair number of books:

All were selected based on Amazon’s responses and comments. It tooks roughly a month to deliver to Moscow from www.betterworldbooks.com/. I started from the harmony textbook (in russian) and essential ear training, since basically never learned solfegio, and my music earing is rather bad to extract those sounds from the head.

Those were the recent happenings, and I expect it to continue to be interesting. Stay tuned! 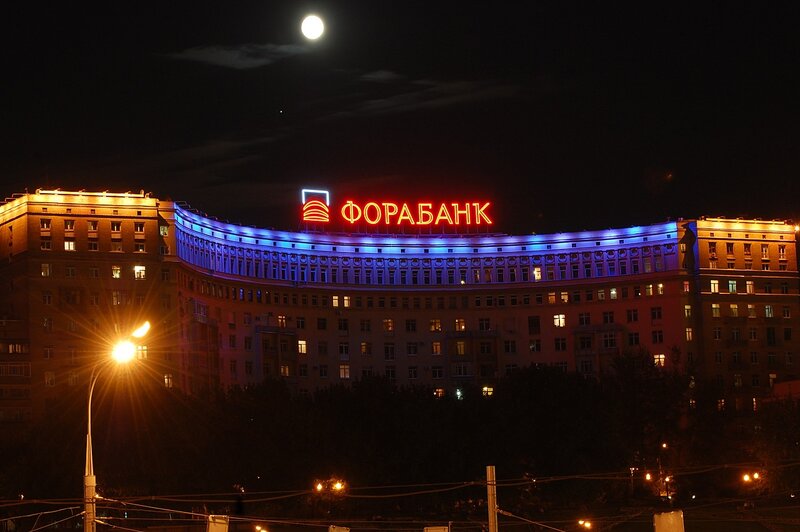 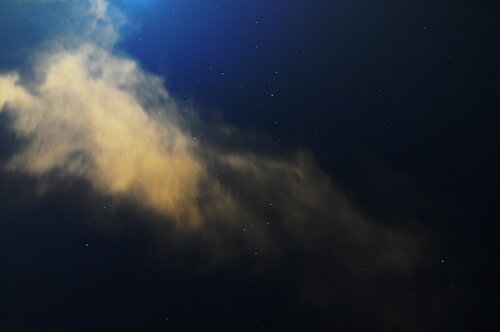 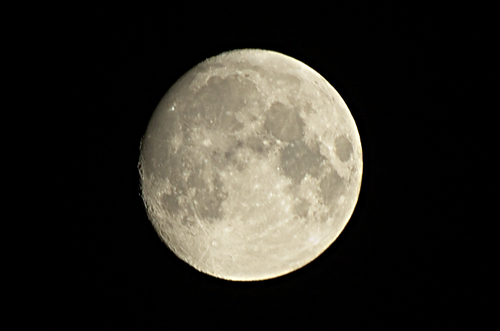 Well, not particulary from my window. And some houses in that direction. 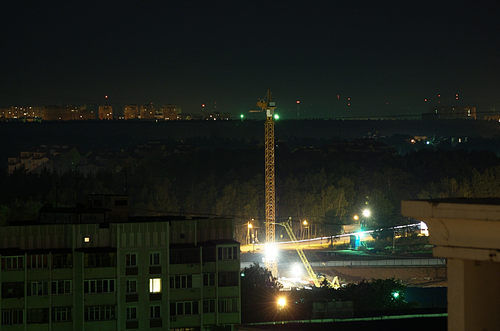 I suppose it is north direction, it will look beautiful early morning. Maybe I will force myself to wake up.
In a meantime something with the lightnings comes to Moscow, I hope it will not flush out until reaches my place.

Love night photos – nothing really exceptional, but much more interesting than the day one. 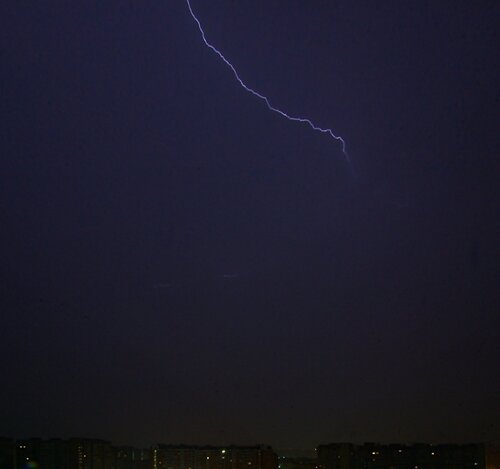 It was rather small thunderstorm, so there were not too many lightnings I was able to capture.
It is always exceptionally clear and transparent after the storm, and I love to photo such moments. 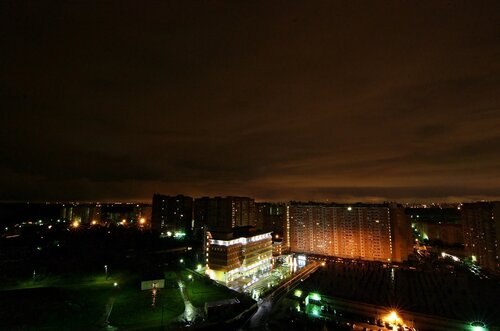 Not something exceptionally exciting though, will wait for the next one.

In a meantime I finally got Zen of LISP programming and recursively digged into recursion. Working with syntax tree implementation for regexp state automata implementation.

An arc where Ekatherina the Great sat and thought about the future. Or didn’t

Couple of photos from the new life

That was an interesting time, although I do not like small cities very much.

Played a little bit with raw images using Raw Therapee, it was quite new for me.
More in gallery.

Not something perfect (and definitely not very shape) or artistically great, but not bad as a lesson to find problems.

Btw, its my first panoram, and that’s the problems I see: although I used the same manual aperture and exposure time, I used different points to make the partial images, since it was made by the tripod with camera leaned out of the window for a meter or so.

Not too shape, since even with 11mm focus, infinity is far away than what was shot. Also likely it was shaked a little, although F2.8 aperture allowed quite short exposure time (about 2-3 seconds iirc), it was still not perfect. Actually with longer exposure time all lights start to produce nice looking stars because of diaphragm form.

Anyway, I will continue to experiment…

K8055 USB interface board. Click to enlarge a bit.

It was not hard to solder items and there is software for Linux which supports its 5 digital input channels and 8 digital output channels, two analogue inputs and two analogue outputs with 8 bit resolution. In my old TODO list I had a robot (read: human killing machine) design and implementation, so I will definitely start working with such IC schemes :) This board will be first used to try sniffing the data over the wire and to crack/clone w1 (iButton) tablet door lockers, if its digital timings permit. It is quite big and does not have own CPU and power, so can be used for testing only attached to laptop.

They are just awesome lens, very sharp on every end and 2.8 hole just rocks at night.
Everything is good with only single exception: my D40 camera does not have appropriate servomotor to turn its automatic focus on, so I have to manually setup the focus, which is quite problematic at night. It is not a problem for architectural photos though, and even at night I usually use tripod and do not hurry, so can make several shots before focus is tuned.

I will post a night panoram (quite simple though, nothing exceptionally artistic :) I made out of the window of the place I visited as soon as it is ready.